NSG Board and Staff

Meet our Officers, Board Members, Directors and Staff. We are a group dedicated to the Mission and Goals of the Nevada Senior Games to promote healthy and active lifestyles for seniors. We are also committed to improving and growing the Games toward that goal. We are always looking for new Board members. Call or email our office today if you are interested in serving on our Board. We can let you know if there are any current vacancies or when the next General Meeting and election will be held. We look forward to hearing from you and having you join our team! 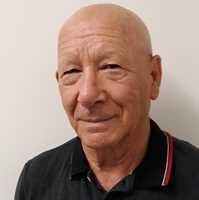 Louis Martin has an extensive background in banking and international financial operations. As to athletics, he competed in and coached diving, played tennis for over 40 years, later got into squash, and has participated in track and field since his youth. He is proficient in office management and is very computer literate. His skills and experiences will be very beneficial to Nevada Senior Games.

Gary Palmer is a physician executive with extensive practice experience as a medical oncologist. After completing his undergraduate degree at Yale University and graduating from Stanford University School of Medicine, Dr. Palmer completed residencies in Medicine at Boston City Hospital and at Massachusetts General Hospital, where he completed a fellowship in hematology/oncology. He holds an MBA from University of California, Davis, a master’s degree in Public Health from UCLA and a juris doctor from Concord University in Los Angeles, CA.  Gary is an avid runner who has completed many half marathons, so he appreciates the training and dedication of many senior athletes. He looks forward to bringing a medical perspective to the Nevada Senior Games Board of Directors. 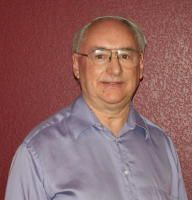 Growing up in Minnesota, Gary Cotter did a lot of skiing and ice skating in the winter, played baseball, softball and volleyball in the summer. He earned a degree in business with an accounting major at the University of Minnesota. After tax management positions with large corporations he became a CPA, specializing in tax issues. He moved to Las Vegas in 2006, having lived in eleven states along the way. He retired in 2008 and went almost immediately to work in the Nevada Senior Games office. He soon became the NSG Executive Director, holding that position for several years. He ran the weekly Walk Around America program, was the Walk-a-Thon coordinator, and is the Basketball 3-on-3 Women coordinator. He is NSG's Treasurer and Accountant. 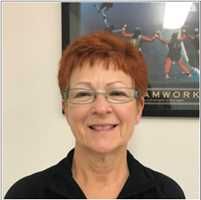 Sandi Stapleton has extensive experience in management and leading a team. She has held various positions from sales to Senior Vice President in the Auto Lending industry for several National Finance organizations. She recently retired and moved to Las Vegas from San Felipe, Mexico. Her passion is running, race walking and power walking and has done so in France, Spain and Portugal as well as the U.S. She is the NSG Secretary and Office Manager, and Coordinator for the 5K and 10K Road Races.

Kurt Bickel began racing BMX as a preteen, taking that two wheeled experience to motorcycles where as a professional he garnered multiple State titles and a National podium. He took up bicycle racing in his 40's, and managed to obtain the coveted Category 1 designation, eventually racing against former Olympians and other professionals including Lance Armtrong. Winning 5 age group National Titles, he used this experience to help train and guide other aspiring athletes as a coach. He has been elected to five different Executive Boards and hopes to use that experience to help continue to build the Nevada Senior Games.

Born in Chicago, Joe is a lifelong athlete who competed in several high school and college sports. He enjoyed a successful career in the U.S Army and Federal Government, spending his final years with the Federal Highway Administration. He has B.S. degrees from the University of Louisville, Ohio State University and an MBA from Syracuse. He has been a competitive cyclist for much of his life, having raced in Germany and the US in his 20s. He rediscovered competitive cycling in his 40s and at 50 discovered the Senior Games where he has competed in cycling events in Colorado, Wyoming, Nevada and National Games. He and his wife, Susan, now live in Nevada where they split their time between Carson City and Summerlin. They enjoy travel, visits to wine country, hiking, cycling and skiing. Joe runs a coaching practice. He is the coordinator for NSG Cycling. 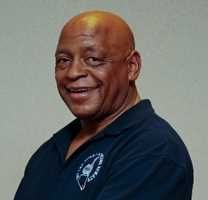 John Graham is a native of Ohio. Having participated in several sports such as football, tennis and Track and Field, John settled on bowling as his all time favorite. It began back in the day of human pinsetters -– he would roll 3 balls then run 60 feet down the alley to reset pins and send balls back. He won his first tournament at age 9 and has never looked back. He has six 800 series and 17 over-300’s to his credit, even bowled on the PBA Tour. He is currently working for American Airlines and has donated his time and skill to many charities, including Opportunity Village, St. Jude’s and fund raisers for breast cancer research. He enjoys talking with people -– never met a stranger -– and has experience as a DJ, an Emcee and a photographer. He's the NSG Bowling coordinator. 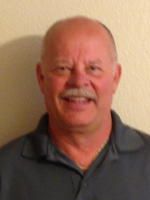 Born and raised in Wisconsin, Ben Luebke was an all-state high school basketball and baseball player. He went to the University of South Dakota on an athletic scholarship, intending to become a math teacher and coach. After his junior year he was drafted by the Montreal Expos, played two years, but incurred a knee injury and was released to "normal life." He played a couple more years of semi-pro ball in Green Bay, then moved to Las Vegas in the late 80's. He has been a food broker for the past 30 years and enjoys golf in his spare time. Ben is a past-President of NSG and a co-coordinator for NSG Golf. 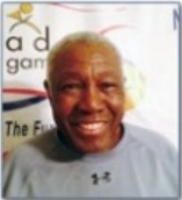 Al hails from Bakersfield CA where he was an outstanding track athlete, both at Bakersfield High and Bakersfield Community College. He continued his education at the University of Nevada, Reno, where he was awarded Most Outstanding Senior Athlete. He earned a Master's Degree at UNLV in 1972 and was Head Track and Field Coach there from 1973-1992, earning many honors and awards throughout that time, including USTAF Man of the Year and induction in to the UNLV Athletic Hall of Fame. He was a previous NSG Games Director and Vice President as well as Track and Field Coordinator and Basketball Skills coordinator. He has been an NSG Board of Directors member for close to 20 years. 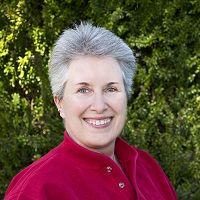 Triathlon was never a sport Bonnie considered participating in until a few months before her 50th birthday. When she barely finished a “beginner” triathlon, she discovered she wasn’t the athlete she thought she was! So began her journey of improved fitness that now includes race walking, cycling, strength training, and - of course – the occasional triathlon. She has medaled in race walking, power walking, and cycling in the Nevada Senior Games, Huntsman World Senior Games (Utah), and Washington State Senior Games. When she’s not training or cycling, Bonnie is a women’s fitness blogger and marketing communications specialist focusing on social media. 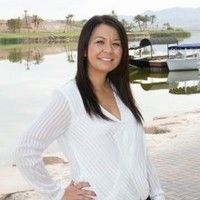 Born and raised in Long Beach, CA, Jodi started competitive jazz dancing at 4 years old, gymnastics at 8 years old and cheerleading at 12 years old. She cheered in High School and was the captain of the squad her senior year of high school. Graduated from California State Long Beach with a bachelor’s degree in Communication Studies and a minor in Dance. She coached cheerleading for 4 years at a local Long Beach private high school during college. 2016 she ran her first half-marathon and was just happy to finish under 4 hours. Today she stays active by hiking Red Rock, running on the treadmill, yoga and any fun outdoor activities like paddle boarding or snowmobiling. She is currently the Event Coordinator for the Nevada Aetna Medicare Sales team and is a sponsor member of the Nevada Senior Games board. 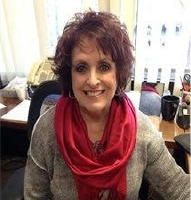 Native of California, Roxann Zunino moved to Las Vegas in 1966 where she attended UNLV, married and had two children. She has spent the last 37 years making a career at Southwest Gas as an Accounting Manager. In 1978 she got interested in bocce and has since been instrumental in forming the Bocce Club of Las Vegas, now over 70 members strong. She has been involved with numerous boards, committees, councils and special events throughout the valley. Roxann has five children, including 3 sons of second husband Jack, as well as 3 grandchildren. She also has been active in Sicilian folk dance and tap dance. Her experiences will be of great benefit to Nevada Senior Games. 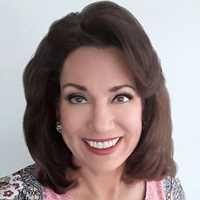 Liz brings over 30 years of experience in operational and cost accounting, project management, and public speaking to her role. She obtained her B.S. in accounting in 1982 from the University of Northern Colorado and her MBA in management in 1983 from the University of Colorado. She also has coached track and field at both the youth and high school levels and has been a track and field athlete in high school, college, and at the master and senior levels. Liz looks forward to working with the Nevada Senior Games, meeting the athletes, sponsors, and fans, and furthering the motto, "Fitness for the Fun of It!", to the greater community. 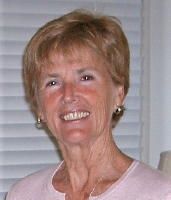 A native of Iowa, Nedra and family moved to Roswell, New Mexico in 1952 (five years after the infamous "crash"). A graduate of Eastern New Mexico University, she has over 30 years of teaching experience in high school mathematics and physical education, as well as having coached volleyball and badminton for over 15 years in Southern California. She is mother of two, grandmother of four, all still in California. After retiring she moved to Las Vegas, by way of Laughlin, and is currently active in local tennis leagues. Nedra is the Badminton Coordinator. 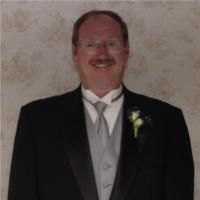 Tim Dorman was born and raised in Southern California. A Vietnam veteran, he is married to Annette, his wife of 43 years. After a 30 year career with the Chino Unified School District, Tim retired and began a second career as a truck driver. In 2008, he fully retired and moved to Las Vegas. The photography bug bit him. He enjoys taking pictures, making slideshows, and sharing his work with anyone who will watch and listen. The Results page has links to Tim's photographs of various NSG Fall Games sports and other events since 2015. 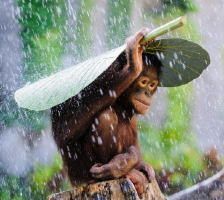 Orienteering would be his sport, but there are no clubs within 200 miles of here, probably because of the desert vermin. Hungary's premier event is the Postás Cup (https://postaskupa.blog.hu/). John had a software career in CA, and played golf, tennis and racquetball. Retiring to Las Vegas, he wrote a home duplicate bridge management program (for sale) and a Sudoku puzzle solver (free). For NSG, he was the Executive Director for several months. He wrote the PHP server software that was a bridge between the DreamWeaver and FuseSport versions of the NSG website. He now maintains the NSG site navigation and page content. 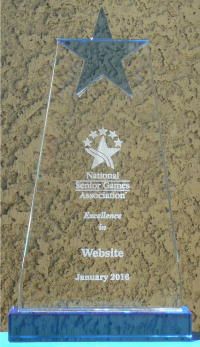 The website is NSG's automated assistant, available to help you 24/7.

Nedra attended the 2016 NSGA conference in Birmingham, AL, the site of the 2017 National Senior Games. She entered Nevada in the website category for annual awards, and we won! 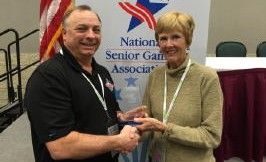 At the 2017 NSGA conference in Dallas, Nedra entered us again and we won again! 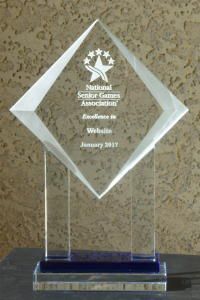 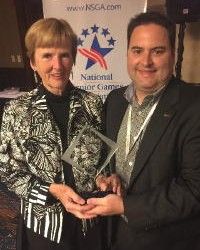